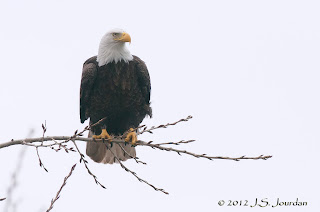 The 43rd Monroe, MI Christmas Bird Count did not start in a promising way.  As I packed the car a steady rain fell on an already-saturated ground.  By the time I reached Wm. C. Sterling State Park at 4 am a steady downpour had me questioning my reason for getting up.  Still, I headed to my usual haunt near the boat ramp and waited for the rain to slow.

After a half-hour I got out and played a Screech Owl call, to no avail.  A White-tail Deer crashing through the trees nearby nearly stopped my heart, though.  After waiting a few more minutes I tried again, this time succeeding in bringing a very quiet tremolo into audio range just on the other side of the fence.  Try as I might, I couldn't bring the tiny visitor into sight, but had to settle for a nice few minute conversation w/ it.  With the rains starting again I decided to head off for breakfast.  I'd be meeting Allen Chartier, Will Weber, Mary Trombley and Patrick Jakel at the J.R. Whiting Power Plant for the morning count.

By 7 am the skies were clearing, and the rains appeared to be moving out.  Temps were already at 50 degrees Fahrenheit, with 60 degrees expected by day's end.  We headed to the Lake Erie shoreline at the foot of Erie Rd. in southern Monroe Co. and waited for enough light to begin scanning the lake.  By the time we had enough light the ducks were already moving. 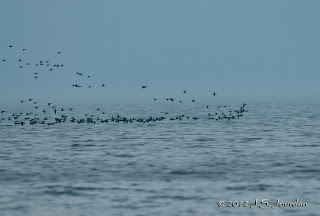 Large flocks of 100 - 300 birds were moving along the horizon and just within limits of scope views.  We could only assume they were scaup sp. (mostly Lesser Scaup), and had to settle for counts in the 7500 range.  Soon we would tally the first Great Black-backed Gulls, Common Goldeneye, Mallard, Black Duck, Great Blue Heron, and a scattering of Herring and Ring-billed Gulls.  A chattering pair of Northern Cardinals, along w/ Winter Wren and White-throated Sparrows were being heard in the woods nearby. 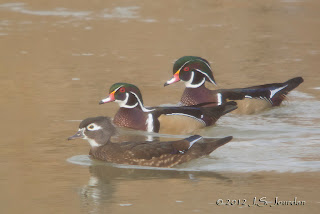 We headed to the warm water discharge outfall and climbed the hill to the service road surrounding the plant, and scanned the canal on the other side of the fence.  A pair of drake Wood Ducks were accompanying a pretty hen, while a Belted Kingfisher roosted on the rail overlooking the water discharge. I managed a few digiscoped images through the fence in the early light. 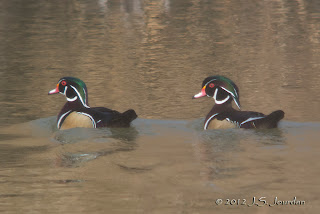 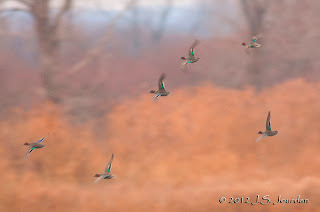 Passerines were quiet along the shoreline trees.  We picked up Golden-crowned Kinglet and a Downy Woodpecker, plus a couple of Bald Eagles.  Will managed a couple of Horned Larks in the open field. The marshes north of the Erie Marsh Preserve were low, with exposed mudflats and American Lotus pods everywhere.  We managed a nice assortment of Green-winged Teal, Northern Pintail, Gadwall, Mallard, Hooded Merganser, and more Great Blue Herons.

Returning to the lake we walked south along the shoreline for about a half-mile, then turned back.  Large rafts of Common Goldeneye and Bufflehead were far off the distance, and that was about it.  We couldn't stir any sparrows out of the phragmites, so we headed back to the Lady of the Lake Woods.  I headed north to the Monroe Power Plant, while the rest of the gang stayed to bird the plant grounds and  Erie Marsh. 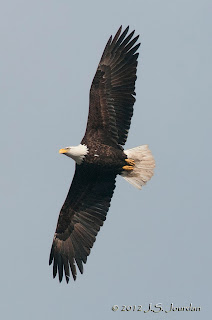 At noon I met up w/ Matt Schackelford at the DTE Monroe Power Plant.  We were soon joined by Tim Walsh, Don Burlett, Mike McCullough, Matt's co-worker Dan, and his girlfriend Linda. While waiting for them I had a chance to photograph a pair of Bald Eagles soaring overhead, and digiscope a cooperative Belted Kingfisher on one of the power lines. 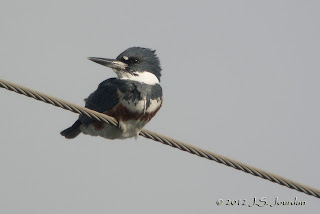 The tour around the power plant would prove to be somewhat quiet.  Gulls were scarce along the warm-water discharge canal, and finding even American Tree Sparrows would prove to be difficult.  No Great Egrets would be seen this year.  Along the Lake Erie shoreline we would find no ducks - just a scattering of Great Black-backed Gulls, Double-crested Cormorants, and Herring Gulls. 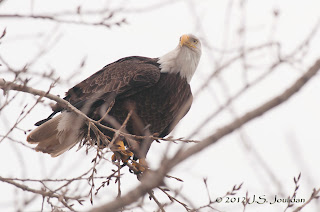 We did do well with Bald Eagles, though.  Dozens of immature and adult birds lined the trees along the shoreline and soared overhead.  I even managed some decent digiscoped images for a change. 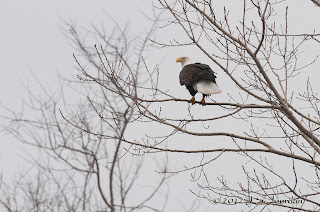 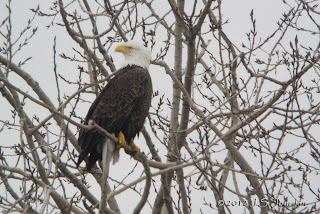 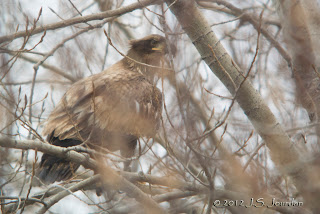 Over at the fly-ash ponds we would pick up Red-tailed Hawks, flocks of Bonaparte's Gulls, and herds of White-tailed Deer.  Matt had indicated that Short-eared Owls were spotted several times during fall surveys, so we walked the planted grasslands looking to flush some owls.  Don managed to scare up a pair of Ring-necked Pheasants, but we would dip on the owls.  We did find an antler from a 10-pt. buck, and an owl pellets (assumed to be from a SEO), and I managed to find a muskrat skull w/ front teeth still intact!

We would end our day w/ little more than 25 spp. Other areas fared better, but reported few total birds. The annual blackbird migration failed to develop, so those numbers would be missed.  Overall we did finish w/ 74 spp., but no reportable sightings.  Birds tended to be concentrated in different parts of the count circle.  All of the ducks were found in Area 2, all of the Horned Larks were found in Area 8, Robins in Area 2, Eastern Bluebirds in Area 8, cormorants in Area 6, and so on.  Still, we all had great fun, and had stories to tell.

Some pics from other folks:


Patrick Jakel provided these images from Area 2 and Erie Marsh: 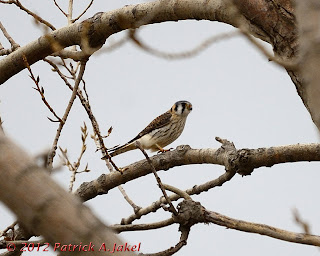 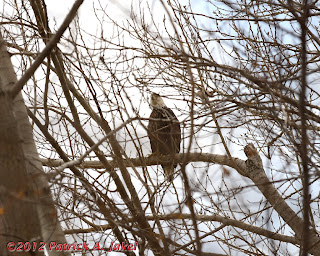 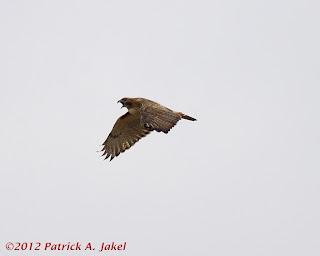 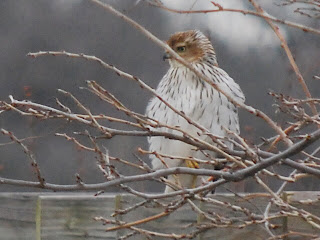 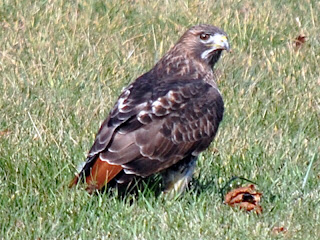 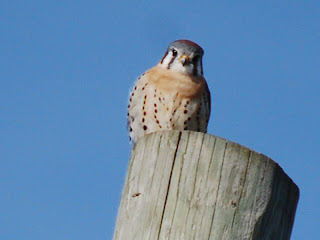 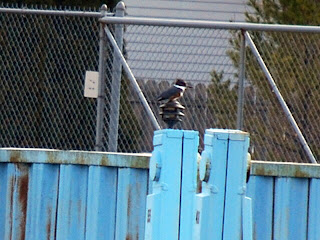 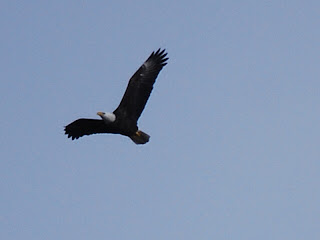 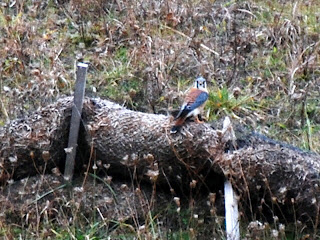 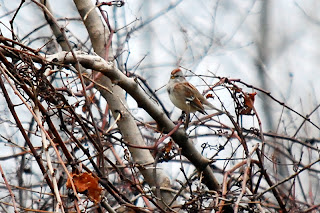 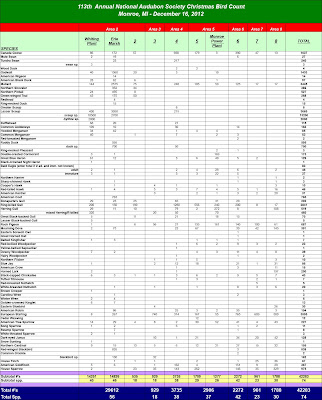 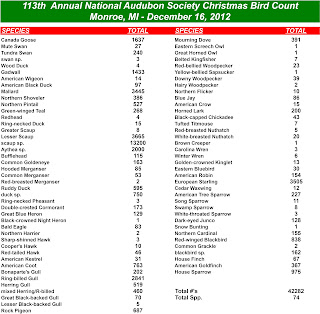 Posted by Jerry Jourdan at 10:26 AM No comments: