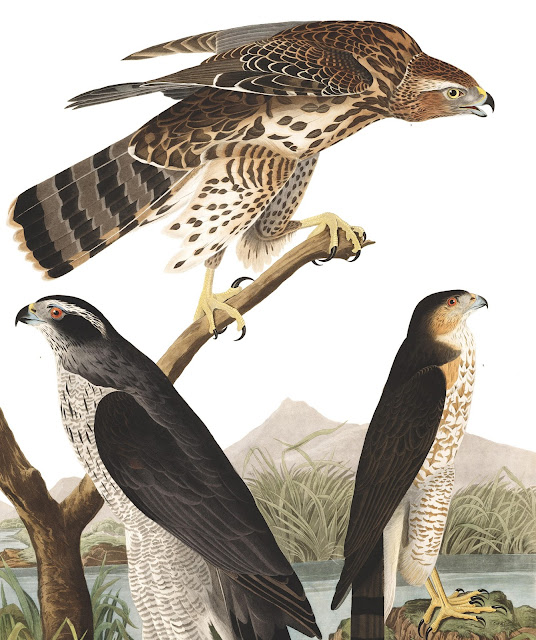 Russ Schipper sent me some old CBC records of the Erie Marsh portion of the Toledo, OH Christmas Bird Count. In that packet included a letter penned by Dean Fisher, who indicated that 22 December 1965 was the first attempt at Monroe, MI Count Circle. In previous years, the Toledo, OH CBC Circle included the area of Erie Marsh Preserve and efforts were concentrated there and the immediate Lake Erie shoreline.

The count circle for the newly-formed Monroe County CBC was a 15-mile diameter centering on the junction of highway US 25 and Kelly Road southwest of Monroe, including the west end of Lake Erie from Monroe to the Ohio state line, and inland agricultural areas to Ida and Temperance.

Six observers in 3 parties birded for 13 hours and generated 55 Species and 12,888 Total Birds. 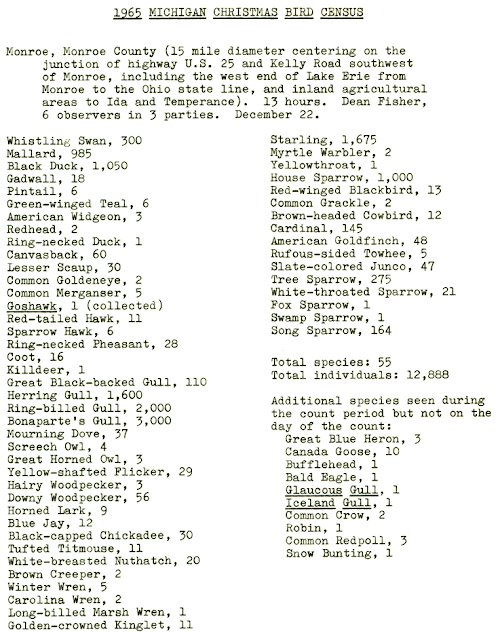 A quick look at the results shows that a Goshawk was observed! And collected... Ouch.

Dean Fisher's submission to the state compiler can be seen here.

Posted by Jerry Jourdan at 3:15 PM