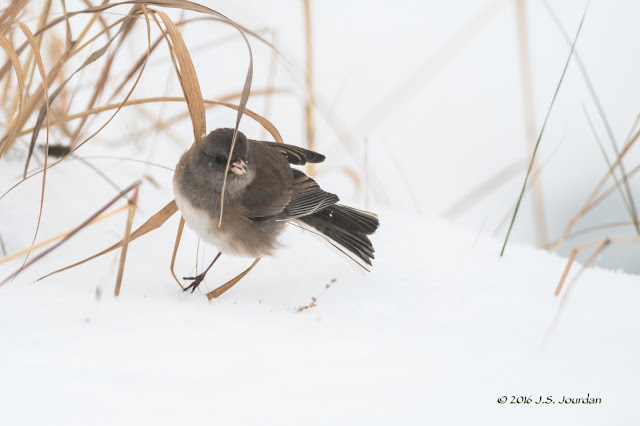 With the Monroe, MI Christmas Bird Count scheduled for Sunday, Dec 18th I decided to do a bit of scouting this morning. Skies were overcast and it was snowing all morning with temps in the teens. Inland waters and streams are frozen, and Lake Erie is frozen for all but a small patch of water near the Monroe and Whiting Power Plants. Gull and waterfowl numbers are predicted to be low this year... 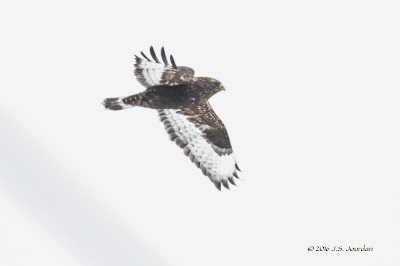 The highlight of the morning's run was a dark-phased Rough-legged Hawk at LaPlaisance Rd between Mortar Creek Rd and N. Otter Creek Rd (Area 5)! I first saw the bird perched in a tree out in the field, and it took off toward me as I set up the scope. It flew by and I managed a few flight shots in the low-light and snow fall before it disappeared to the southeast. I would learn that the D500 is very good at focusing on snowflakes as I mis-focused several frames as it bounced between the bird and the snow. 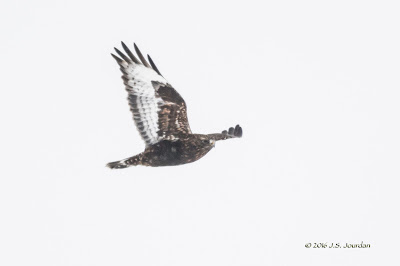 The bird appears to be an adult intermediate/dark phase bird w/ dark head, tiny bill, and the black wrist patches outlined w/ gray feathering. There is some light brown-reddish feathers in the underwings that separate it from juvenile birds. Gorgeous bird! 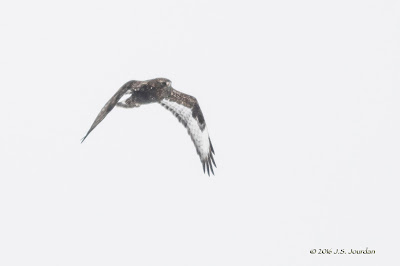 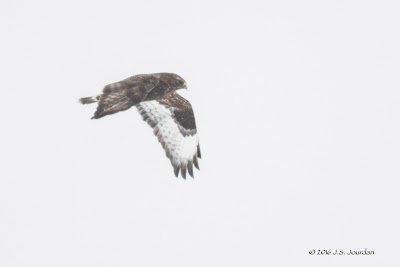 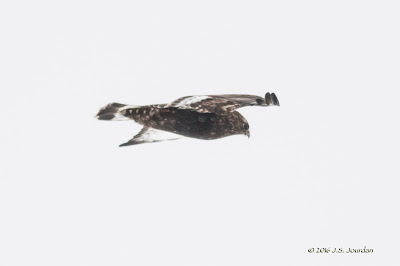 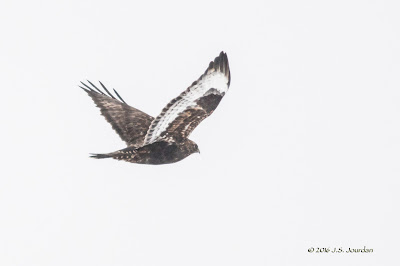 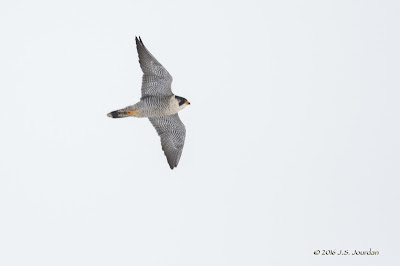 A Peregrine Falcon was flying toward the Whiting Plant just as I pulled into the lot at the foot of Erie Rd. I managed some pics as it flew by and landed on the roof of the red understory of the plant. The bird appears to be an adult "tundra" based on the light, uniform spotting on the belly and underwings. 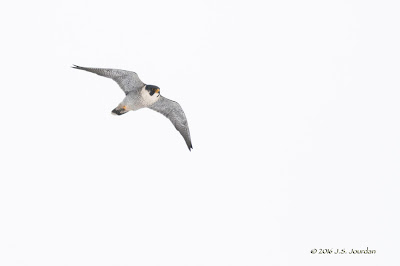 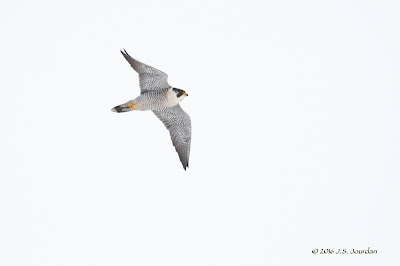 I also had 3 Northern Harriers (a gray ghost at Bolles Harbor, and two female/juvenile birds at the Whiting Plant).

Otherwise, I saw Canada Geese (80), Mallard (10) and American Black Duck (22) on Lake Erie at the Whiting Plant. A flock of 30 or so Ring-billed Gulls way out on the lake included a single Lesser Black-backed Gull. Six Bald Eagles were in the trees far to the south along the shoreline.

American Tree Sparrows, Dark-eyed Juncos, a Golden-crowned Kinglet and a pair of Snow Buntings were the only other highlights at the Whiting Plant.

I stopped at the foot of Front Street (Monroe Power Plant) and found 1 Bonaparte's Gull among the several Ring-billed Gulls near the bridge. The dense fog coming off the water put visibility at zero...

Dennis Rohmeyer would report a pair of Red-breasted Nuthatches at his house in Area 4.
Posted by Jerry Jourdan at 2:02 PM