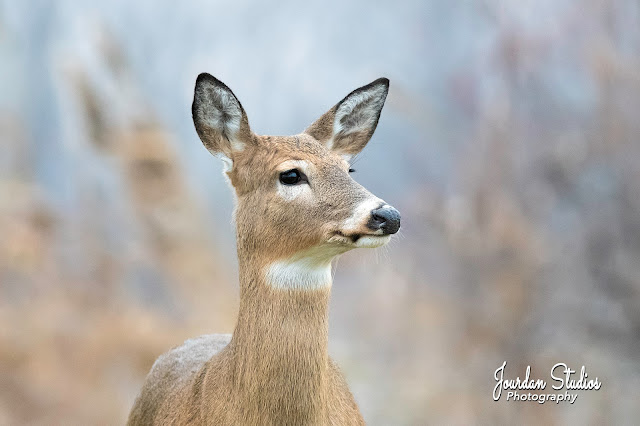 I drove around Monroe Co. this morning to see how conditions were for tomorrow's 49th Monroe, MI Christmas Bird Count. Forecast is for partly clear skies and temps in low 40's. Lake Erie is open. Inland ponds are mostly frozen w/ some open patches. No snow on the ground. An otherwise gray day here... 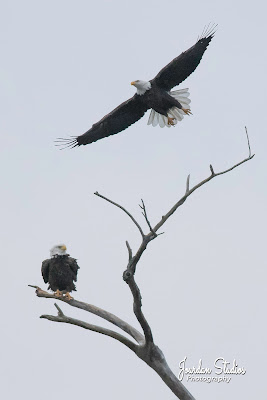 A pre-dawn stop at Sterling State Park yielded 6 Bald Eagles and several Great Black-backed Gulls on the inland ponds. This pair was roosting along the Lake Erie shoreline before one lifted off. 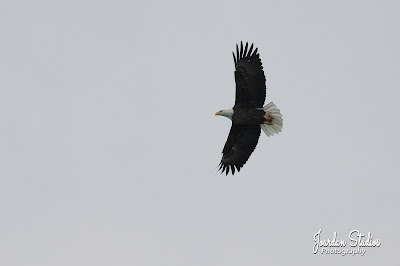 I found 6 Wild Turkeys at the corner of Laplaisance and E. Dunbar Rds. 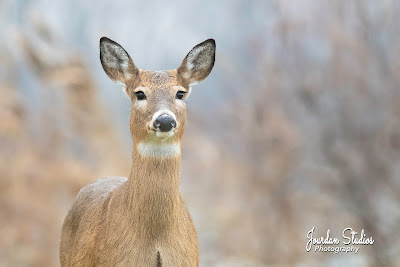 At the foot of E. Dunbar Rd a small herd of White-tailed Deer were running around outside the fence surrounding the DTE Energy Fly-Ash Basin. One yearling was running along the fence trying to reunite w/ members on the other side of the fence. Another car was up ahead watching it, so I photographed a doe to my left from the driver's side window.  The yearling found a hole in the fence and was soon trotting off w/ its group.

A stop by the Consumer's Energy Whiting Plant (decommissioned) yielded no Peregrine Falcon. 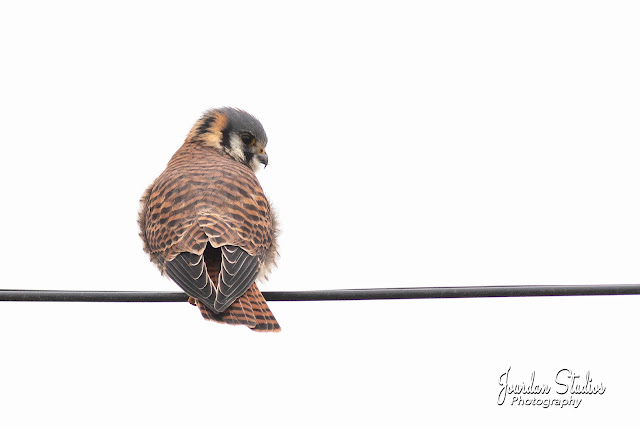 The county roads were pretty quiet. I would find a pair of American Kestrels several miles apart perched on wires along the roads (Erie Rd. and N. Dunbar Rd.) 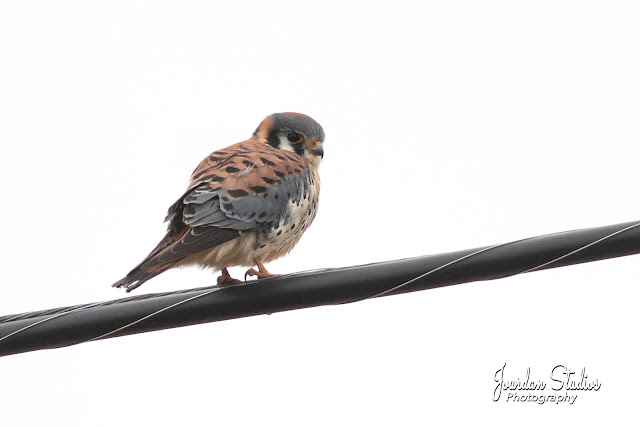